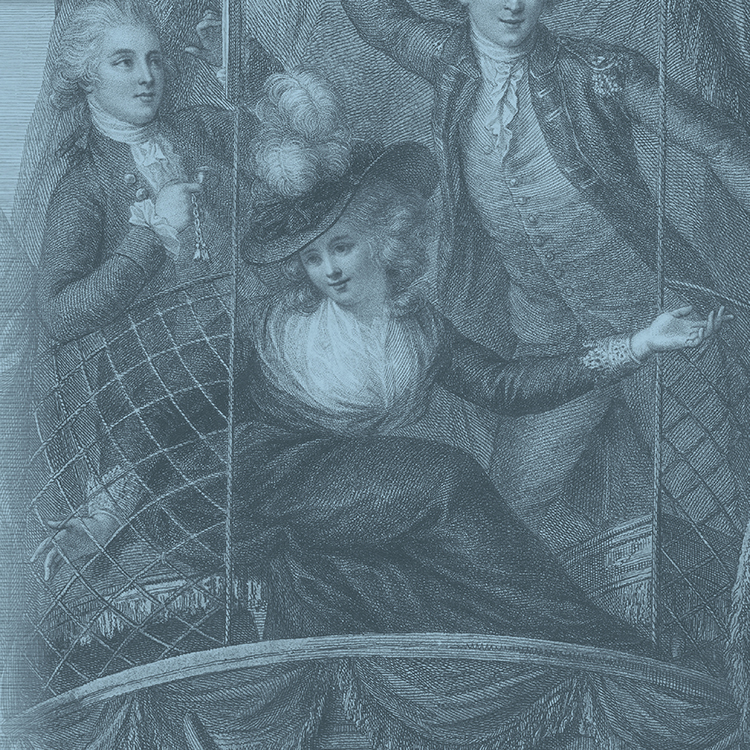 Naomi Clifford talks to Sharon Wright about Letitia Sage, one of the women in her book Balloonomania Belles; and at Morley College, she and librarian Elaine Andrews discuss the impact of the pioneering social reformer and champion of adult education Emma Cons.

Those Magnificent Women in Their Flying Machines

Women were in the vanguard of the ‘Balloonomania’ craze that took hold in the 18th and 19th centuries and swept across Europe – and then the world.

More than a century before the first aeroplane, women were heading for the heavens in contraptions that could bring death or glory and all too often, both.

For 125 years these female pioneers of flight – actresses, writers, heiresses, scientists, explorers, showgirls and suffragettes – enjoyed a series of comic, tragic and heroic adventures. Author Sharon Wright steps through the door to tell us about Letitia Sage, whose story is just one she relates vividly in Balloonomania Belles.

Emma Cons (1838-1912), who would later be celebrated as the first female alderman of the London County Council, set about transforming the Royal Victoria Theatre in Waterloo (now known as the Old Vic) into the Royal Victoria Coffee and Music Hall, a place of entertainment “purged of innuendo”.

Events included temperance group meetings, performances, and the Penny Lectures, out of which the demand for more structured courses and classes emerged. The activities drew philanthropic support which ultimately led to the creation of Morley Memorial College in 1889. The college’s first home was in the backstage areas of the Old Vic.

With many thanks for the support of Morley Radio, whose facilities were used to record this section.